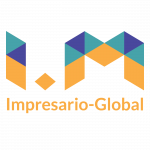 Disability is a state of mind.

For the most part, differently abled people and people with special needs are treated differently. But even this doesn’t stop the ones who look to rise above all odds and overcome all difficulties. These are the superheroes who’ve removed the “dis” in “disability.”

This International Day of Persons with Disabilities, lets celebrate these achievers who inspire us to push boundaries and not let anything hold us back.

These superheroes have proved that their ability is stronger than their disability.

Also Read: The ‘Bloody’ Lives Of The Differently-Abled

21 year old Avani Lekhara scripted history when she won 2 gold medals in the 2020 Tokyo Paralympics. A car accident left Avani a paraplegic when she was just 11, but she didn’t let that stop her from becoming the first Indian woman to win a gold medal and multiple medals in the Paralympics games.

Boniface Prabhu is a notable wheelchair tennis player, who won a medal in the 1998 World Championships. Boniface Prabhu became a quadriplegic at the age of four because of a botched lumbar puncture, but he never let his disability affect his goals.

Helen Keller became blind and deaf at the age of 19 months due to an unknown illness, but that didn’t stop her from becoming the first deaf and blind person to graduate in the world! Additionally, Helen Keller also travelled around the world campaigning for various causes like women’s suffrage, labor rights, socialism etc., to drive social change.

Aaron Fotheringham, an extreme wheelchair athlete was born with spina bifida and used a wheelchair from a young age. But though this mobility was affected, his passion for extreme sports wasn’t dimmed and the wheelchair skater has won the WCMX World Championships 4 times.

Former national level volleyball player from Uttar Pradesh, Arunima Sinha lost her leg when she was pushed from a moving train. But she removed the “dis” from disability and became the first woman amputee to climb Mount Everest in 2015.

Rajinder Singh Rahelu is another inspiring person who didn’t let his disability come in between achieving his dreams. Rahelu, who lost his ability to walk due to Polio, trained to become a powerlifter and won a silver medal at the 2014 Commonwealth Games.

There is no one with dwarfism in the world of cinema more famous than Peter Dinklage. Dinklage who’s won 14 awards from 61 nominations, including both four Emmy awards and a Golden Globe Award, is proof that disability doesn’t stand a chance in the face of determination.

Frida Kahlo, one of the most famous artists of all time, contracted polio at the age of 6, which caused dysmetria in her right leg. Unfortunately, an accident in 1925 further aggravated the Mexican artist’s disability and left her in severe pain and bedridden for most of her life. But none of this stopped her from painting and becoming a cultural icon.

Malathi Krishnamurthy Holla is a para-athlete with over 300 medals in her kitty. She’s participated in various international events including the Paralympics and won medals in 200m, shot put, discus and javelin throw at the 1989 World Masters’ Games in Denmark. In addition to sporting achievements, Malathi runs the Mathru Foundation, which helps disabled children in rural India.

These 10 people prove that we need to stop judging disability by its visibility.